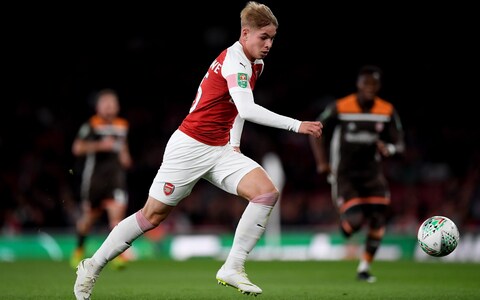 “When I was kid I looked up to [Lionel] Messi and [Andries] Iniesta. Watching them play for Barcelona inspired me so much. The link-ups they had and the goals they scored and created were amazing. Someone I inspire to play like is probably Kevin De Bruyne because of the way he plays. I learn so much from the entire coaching staff, Freddie and Unai, and players every day. The training sessions are so intense which is really good for me to learn every day. I need to stay focused every day, keep learning and keep taking on what all the coaches are telling me."

“The whole academy is proud. Nothing really fazes him. He’s always calm and works really hard in training. He takes steps and steps." 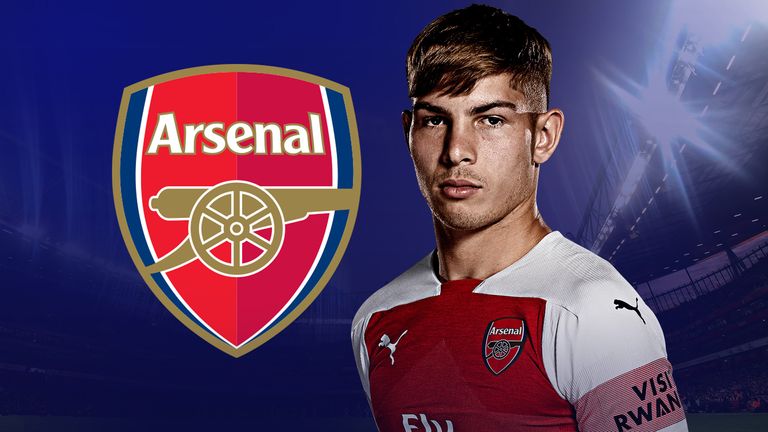 "It's a bit surreal to think about the players he (Emery) has worked with. Now he's there giving me advice. I'm grateful for what he has done for me. All I can do is just play really well for him and show him how good I am."

"We had conversations at the beginning about what positions I like to play and what my attributes are. Since then he has been giving me a lot of help and advice, as the movement in the box and beating defenders"

"The manager has done one-to-one stuff with me a few times after training, working on one-v-one attacking and just being patient. The assistant manager [Juan Carlos Carcedo], and Mesut, has been helping me a lot too with turning on the ball when I play in the No 10 position. It's good to get that help on the pitch, so I can actually practise it, instead of in the classroom. But even in the classroom they have both had one-on-ones with me which I've found really useful."

Og om Unai siger Smith-Rowe: "He's very passionate and very detailed as well.He wants it how he wants it. He's not going to pull back, he's just going to keep trying and keep getting what he wants. I think that's good for the whole team. He does speak a lot in Spanish when he gets a bit angry, but it's good that he's so passionate. He wants to win and he wants to improve."

"I didn't really take it seriously at the start. My dad used to tell me I could be a footballer but I told him I didn't want to be. I did love playing football, but I didn't have confidence. I didn't think I would make it."

"I wasn't the biggest or the strongest in training, but my dad told me it wasn't just about physicality. He said I had to think of other sides of the game, to find ways around it by passing and taking people on".

"Going through the age groups, it wasn't until I was 13 or 14 that I started to think, 'Come on, you can actually make a career out of this,'" he says. "Even in the U12s, U13s, my coaches used to tell me I needed to be more confident because I was very quiet. I didn't really speak to anyone at the training ground and I didn't really talk on the pitch."

"At 14-15 years old, I used to watch that Barcelona team, Xavi, Iniesta, Messi, when they were in their prime. so when I found out that they were interested of course I was very happy, but I can't explain to you how much I feel that Arsenal is the right club for me."

"I always get nervous before games and I think that will probably stay with me for a long time because I've had it from a young age. Most players say they are not really aware of the crowd when they are out there but for me personally, I still feel it. I've been getting stronger, though. Now I feel proper confident when I get on the ball."

"Obviously a lot has changed recently. Just by getting into the 1.Team and PL but in myself I don't feel any different. I've met a lot of big-headed people and I really don't want to be like that. My family, I still live at home, have helped me to stay humble and keep my feet on the ground. Even when I've started scoring goals for Arsenal, even when I've been noticed in the street, it hasn't gone to my head."

"This season, 18/19, has been great so far but I'm still young and I will make mistakes. When I step out onto the pitch, I still feel like I have everything to prove to everyone. Hopefully I'll be able to do that." 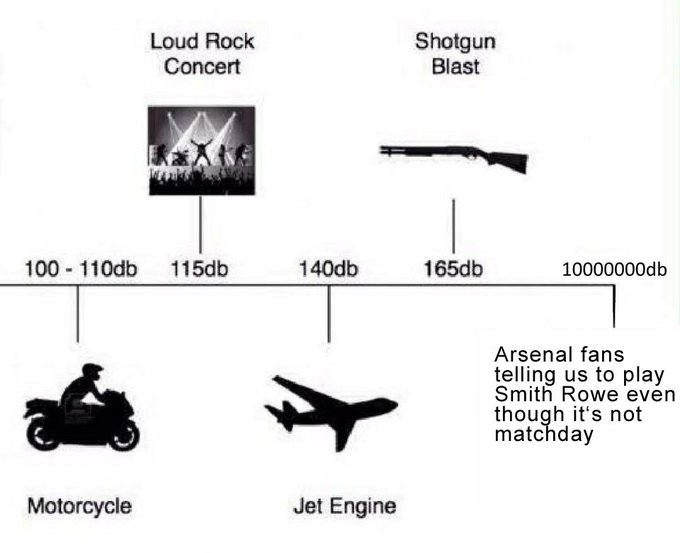